A Swedish motorsport era was born when the first race was held at Scandinavian Raceway on June 16, 1968. 50 years of motorsport on the world famous moss is to be celebrated for 3 anniversary days on the 7th-9th of September.

This first weekend in September 2018 also celebrates 50 years since Sweden's future Formula 1 circuit for the first time and as the first circuit outside the UK, opened the gates for the new Formula Ford class. The rest is racing history! 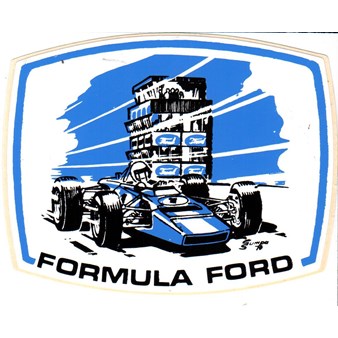 This Anniversary will be magnificent!

The weekend is filled with:

- F1 cars from several eras run on the classic track

- Bosse Lindman & Kjell Svensson are commentators over the weekend

- Saturday night festivities with BBQ and entertainment! (buy your ticket for the BBQ Buffet HERE!)

At the same time, full activity is taking place in the paddock with among other things, sports car exhibitions, good food, entertainment & music and activities for the small motorists

Welcome to Scandinavian Raceway's 50th anniversary with, at the same time 50-years of Formula Ford in Sweden!

For entry tickets, for exhibitors and visitors or booking of pit-box, click HERE!